The land that Burning Rock sits on has a storied past. 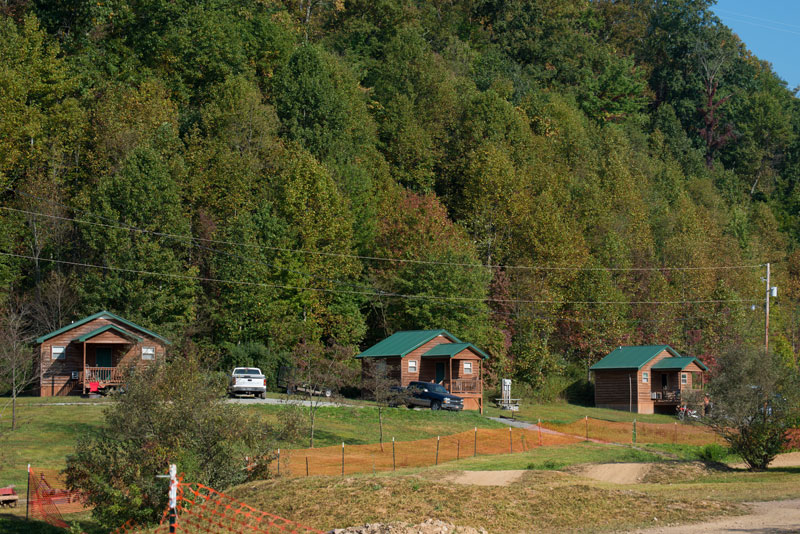 If you were standing in our trailhead 100 years ago you would stand 40 feet lower than you do today. In the 1920’s, coal companies began filling the hollow where our trailhead now lives, with refuse. Coal was removed from area mines and processed to separate the usable coal from the unusable rock/refuse. Those excess materials that held no market value were dumped right in our little valley. The dumping created unsightly and even dangerous areas. In 1977 the Abandoned Mine Act was enacted, which included a tax on every pound of coal sold, to help restore these sites. In 1990 this area became an AML (Abandoned Mine Lands) project. State and federal funding paid 1.4 million dollars to a reclamation contractor to haul in almost a foot of topsoil, grade the newly established surface and install a positive drainage system. These efforts resulted in a very beautiful, usable piece of property from what was a previous dumping ground. We’re very proud of how our trailhead has blossomed!

Our trailhead is considered part of the gateway to the Winding Gulf Coalfield, which was once home to many small coal towns. One such town is Stotesbury, which you can see from several points on the trail system. The community was named for E.T. Stotesbury, previous president of Beaver Coal Co, and is the former home of long-standing U.S. Senator Robert C. Byrd. Senator Byrd graduated from nearby Mark Twain High School, which is no longer standing. The school burned down in the late 1970s but you can visit the memorial plaque on McAlpin Rd.

The Stotesbury mining camp is located on Winding Gulf Creek (hence the name Winding Gulf Coalfield). It was originally operated by the E.E. White Coal Co. and was later operated by White Mountain LLC in the early 2000s. It was shut down due to dangerous roof conditions in 2002, ending 90 years of coal mining in the now small town.

Today Stotesbury has no motel, no restaurants, not even a corner stop and shop. Just a few homes in various states of being lived in or not, repair and disrepair, and one still used church. There were once about 20,000 inhabitants in the 5-mile stretch.

Burning Rock opened to the public in October of 2008. Since our opening, we’ve added a general store, cabins, platform tents, and ATV wash.

This is just a taste of the history that Burning Rock has to offer. If you have any questions or would like to learn more, please stop into the trailhead store on your next visit.

Thanks for a great day! My mom and I came from PA on vacation, and she had a blast riding the trails. It was exactly what she was looking for. Also, thanks for letting me test out the MX track- it was sweet.

Just wanted to thank you for a very nice stay and a great ride!!! The cabins are nice, clean and cozy. We rode for hours on your great trails!!! Again…. Thank you for a great stay!!